It’s strange how pregnancy loss will follow you in unexpected places. Every time I go to a new doctor and fill out paperwork there are the blanks: How many pregnancies? I write 7. How many children? I write 2.

October is Infant and Pregnancy Loss Awareness month and today is National Pregnancy Loss Remembrance Day.  I see this month come and go every year and think “I should say something,” but the something never comes. I think it sounds cliche. It sounds like a lot of other stories you have heard regarding pregnancy loss. But, I’m learning it’s helpful to hear other’s stories so you don’t feel quite alone if you are in the midst of pain. My story is a little different, because I’m one of the 1-2% of the female population who has experienced recurrent pregnancy loss.  This is defined as having 2 or more consecutive miscarriages before 20 weeks. Of these women, close to 75% will find no cause for the pregnancy loss. There may be some guesses, but no definite answers. For me, not having an solid answer was tough. I wanted a problem for which a specific solution could be found and administered.

In January of 2011 I remember telling Jordan one Sunday morning I didn’t feel right and I was going to stay home from church that day. He left and I went and bought a pregnancy test from the drug store down the street. By the way, does anyone else make sure the store clerk notices your wedding ring when buying pregnancy tests? Or is that just me? Anyway, back at our apartment I sat there is amazement as I saw two pink lines show up on the test. I was excited. Nervous. I couldn’t believe this was real. When Jordan got home I showed him the test and we kind of just stared at each other. We went to Target and bought a onesie because that’s what we needed to have in our tiny apartment for 9 months, but hey – we were excited! A week later, I was sitting in my bathroom bleeding and crying. I thought the miscarriage was my fault because I caved and drank half of a Diet Coke the day before. This was an early loss, but it was significant to me because it was the only pregnancy I saw a positive test and had a sense of wonder. After that pregnancy, when I saw a positive test all I felt was fear.

The doctor assured me this was normal. I believed her and in March of 2011 I was pregnant again. I was cautious. There was no rushing out to buy onesies. We waited a while longer to tell our parents. We saw the heartbeat. I started to let myself dream about whether the baby was a boy or a girl. I started thinking about names. At this time we were looking at homes and I felt like it (whatever “it” was… my life?) was all coming together. At our 10 week appointment the ultrasound technician was oddly silent. I knew. I can’t remember the exact sequence of events, but basically she told me there was no heartbeat. They moved me into another room and started listing all the tests I would take. We scheduled a D&C. I started texting friends and family. I remember I had to cancel a Junior League appointment that evening. It’s strange the details you remember and the details you don’t.

The next few months were so incredibly difficult for me.  I didn’t want to see people. I didn’t want to do anything, but we were busy with end of year activities at Rice so I put on a brave face and went.  I had to undergo genetic testing. Jordan had to undergo genetic testing. I had blood test after blood test and we weren’t getting any answers. I was frustrated and angry. We had talked about announcing the pregnancy at Jordan’s graduation party. The day of the party I tried my very best to be excited for my husband and all his accomplishments (and I was!), but there were several moments I had to will myself to not cry.  I walked in to church on Mother’s Day 2011 already feeling so broken, but when I realized it was Baby Dedication Day I thought God was being cruel. I sat there while the rest of the congregation sang “you are all together wonderful to me” and refused to sing those words. I could not see through my pain. I couldn’t believe the things people would say to me. I couldn’t believe the people who didn’t say anything at all.  During this time period, when friends didn’t respond to my pain, I cut them off. I would think, why can’t they see I am drowning in despair? Where are they? Relationships were irreparable harmed. Looking back, it was the hardest time of my life personally. I don’t think at the time I realized I was in such a bad place.

The best guess the doctors came up with was that I have a MTHFR genetic mutation which causes a blood clotting issue. They told me to take a ton of folic acid and a baby aspirin every day. That seemed easy and, sure enough, I had a successful pregnancy with H who was born in April 2012. I thought I was in the clear. Two miscarriages following H, it became obvious I wasn’t. With each pregnancy we would add something else to my protocol. I miscarried when Hudson was 7 months old and that is when the doctor decided the baby aspirin wasn’t working. The following pregnancy, in the fall of 2013, I started giving myself daily Lovenox (blood thinner) shots. My next pregnancy was the pregnancy with L and I was on bed rest for 6 weeks and continued with the daily Lovenox shots. It was a hard pregnancy, but in November 2014 our red-headed fire cracker came into our lives on her own terms. Once again, I thought we had the “system” figured out until I miscarried again in July 2016. That was the end of the road. I told J that I couldn’t do it anymore. We were going to a be a family of four and, for that, we should be eternally grateful. And we are.

There are so many places to go from here. What not to say to someone who has miscarried. How to respond to people who say oddball things to you. How to respond to people who don’t talk to you about it all. What it does to your faith. What it does to your marriage. The guilt you feel. The gratitude you feel for those who walked this path with you and provided encouragement. The letting go of the family you thought you were going to have. I could write 20 blog posts on this. That’s the thing about recurrent pregnancy loss – it affects every part of your daily life and like I said at the beginning it pops up in unexpected places. It pops up in the doctor’s office. It pops up when a stranger innocently asks… you sure you don’t want one more? It follows me and it will forever. Recurrent pregnancy loss is now part of my story.

I have an urge to wrap this post up with a pretty bow and say something like “but I have the family I was supposed to have” or “Things work out the way they should” because people, me included, like closure. And, because I’m on the other side of this, I do have closure and I don’t think those statements are untrue. But, at the same time, I don’t think those platitudes would actually be helpful to someone in the midst of pregnancy loss. Instead to those who have or are currently experiencing pregnancy loss and reading this I’ll say – its hard. It’s really really hard. Acknowledge to yourself that it is difficult and do your best to take care yourself. And remember, you are so much stronger than you think you are because you are living through it.

One thought on “October: Infant and Pregnancy Loss Month” 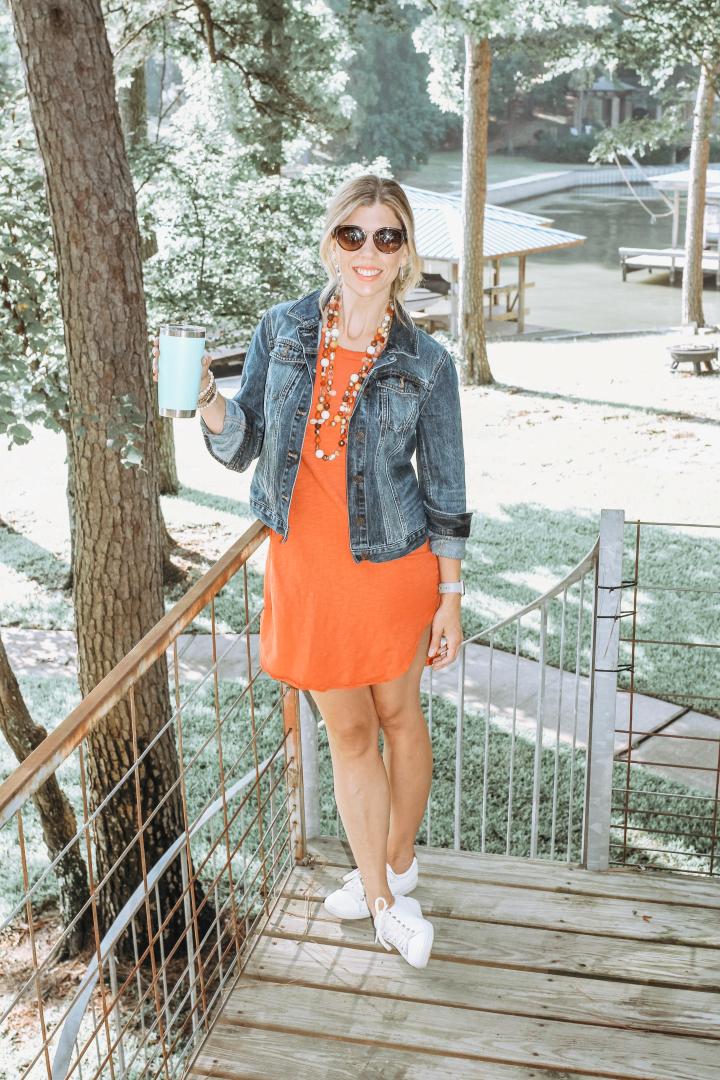 A recovering perfectionist who likes blogging about clothes, recipes and imperfections.  Contact me at sarah@stateofsarah.com